Rwenzori Mountains National Park is located in the north of the equator in the Albertine Rift Valley which lies along Uganda’s border with the Democratic Republic of the Congo (DRC) and borders the DRC’s Virunga National Park. Rwenzori Mountains National Park sites on an area of about 996km which contains the tallest mountain range in Africa, including several peaks that are permanently covered by ice (snow). The Rwenzori Mountain ranges are higher compared to the Alps and they have glaciers which are said to be one of the sources of the longest river on earth, the River Nile. Margherita Peak is the highest peak on the ranges. Mountain Rwenzori comprises of six different mountains which are located only a couple of miles north of the equator crossing, Mount Stanley is the highest of all standing at a height of 5,109 meters, Baker standing at a height of 4843 meters and then Speke towering at 4890 meters and fascinating about these is the fact that each f these peaks is entirely covered by non-seasonal glaciers. These peaks can be reached by hiking the Central Circuit trail or the Kilembe Trail. 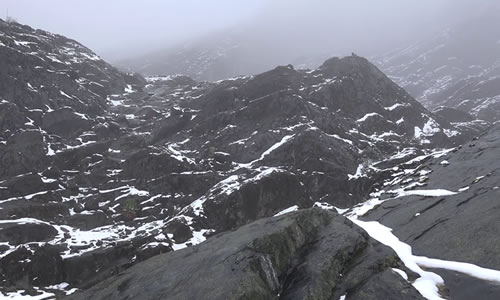 Rwenzori Mountains National Park has over 70 mammal species, 217 species of birds, 19 Albertine rift endemics plus the world’s rarest vegetation species. These mountains also lie in western Uganda near the border of Uganda- Congo border. Its equatorial snow peaks include the third point with Africa and its lower slopes are covered with bamboo, moorland, the moist montane forest. There are also large tree heathers as well as the colorful mosses that are covered throughout the mountainside with the giant lobelias as well as the endless flowers that create a charming fairy-tale scene.

Rwenzori Mountain is an underrated gem that is largely undiscovered by many. The scenery on the mountain has been called some of the most beautiful on the planet! Mountain Rwenzori is covered in different types of vegetation and climate which will leave you spellbound as you scale its heights. Climbing mount Rwenzori offers you beautiful land terrain and plant life of submontane vegetation in the Afro-montane zone covered by luxurious tropical evergreen forest with a high richness in color and species. When you finally reach the top, you will behold the majestic snowcapped peaks that will leave you breathless and teary-eyed.

Uganda as a nation is teeming with a richness in bird life and the ranges are no different. The Rwenzori Park is a dwelling to 217 species of birds and 17 of them can only be found in Rwenzori which justifies UNESCO labeling which is a key Birding Area. At about 1800 meters, the variety will leave you captivated including the Handsome Francolin, Rwenzori Turaco, Long-eared Owl, Barred Long-tailed Cuckoo, Cinnamon-chested Bee-eater, Strange Weaver, Archers’ Robin-chat, Rwenzori Batis, White-starred Robin, Montane Sooty Boubou, Slender-billed Starling, Lagden’s Bush Shrike, Blue-headed Sunbird, Barbets, Golden-winged Sunbird, Greenbuls, IIladopsis, Apalises, Crimson wings and Flycatchers.

You can also enjoy day hikes through the forests at the foothills as you enjoy unique activities like fishing with your hands in streams akin to Hugh Glass in the revenant.

You will have plenty of opportunities to witness the locals at the foothills of the mountain of the moon carrying out their cultural lifestyles and activities like cultural dances; you might even get some lessons on drumming and dancing. You will also visit the Ruboni village where you will learn about the lifestyles of old of the forefathers of the mountains of the moon.

Lounging on the foothills

The journey from Kampala to Kasese will take you about 6 hours through a four-wheel drive vehicle is advisable since western Uganda is mountainous. However, you can take only about an hour and a half if you used a plane through contact your tourism company to book a flight to Kasese.

By Air can be arranged on chartered flights from Kampala at either Kajjansi airfield or Entebbe International airport to Kasese airfield.