Akagera National Park lies in the eastern part of the Republic Rwanda along the border with Tanzania. Akagera National Park was founded in 1934 where it has driven its name from Akagera River that flows along its eastern boundary and feeds into a labyrinth of lakes of which the largest is Lake Ihema It, and it sits on an area of 1,122 sq km. The north of Akagera is mostly fairly low-lying grasslands and savannah plains, similar in feel to the ‘traditional’ safari areas of East Africa. To the west are rolling hills and valleys more typical of Rwandan countryside while to the east, the forest-fringed lakes, papyrus swamps, savannah plains, and rolling highlands combine to make Akagera amongst the most scenic of reserves anywhere in Africa. It has exceptional levels of biodiversity and forms the largest protected wetland in central Africa. 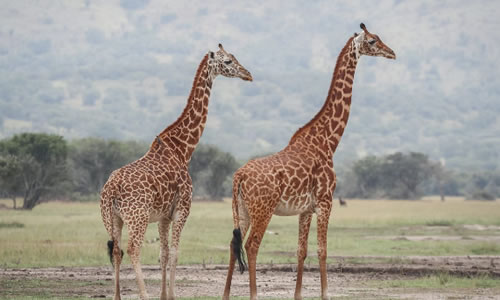 Akagera National Park is the varied terrain shelters wildlife species as well as species restricted to the papyrus swamps such as the Sitatunga and the sought-after Shoebill Stork. Notable plains game includes elephant, buffalo, topi, zebra, waterbuck, roan antelope, and eland. Other antelope are duiker, oribi, bohor reedbuck, klipspringer, bushbuck, and impala. Of the primates, olive baboons, vervets and the secretive blue monkey are seen during the day, with bush babies often seen on night drives. Of the larger predator’s leopard, hyena, side-striped jackal and lion, which were re-introduced last year, are present. Plans are underway for the reintroduction of the black rhino too, and this will restore the big five where in the southern part of the park, vast Lake Ihema is home to hippos and crocodiles.

Akagera Park can be best spotted in the early Birds in Akagera morning and in the evening along its game tracks. This avails birdwatchers a great opportunity to see a number of bird species endemic to the savanna which include Shoebill, Caruthers Cisticola, White-winged Warbler, Papyrus Canary, Red-faced Barbet, Bennett’s Woodpecker, White-winged Warbler, Broad-tailed Warbler, Miombo Wren-Warbler, and White-collared Oliveback. Akagera National Park is prominent for its large numbers of waterbirds across entire East Africa. This, therefore, makes Akagera the best place to see a number of papyrus endemics with the due to its wide variety of habitats; Akagera is an important ornithological site with over 520 bird species. The rare and elusive shoebill shares the papyrus with other rarities such as the exquisite papyrus gonolek and countless other water birds that inhabit the wetlands in large numbers and they localized red-faced barbet and the swamp flycatcher this makes it as the best destination to find savanna birds and raptors in Rwanda.

This is one of the main activities in Akagera National Park which to feel the nature of the park and offers you scenery view with the beauty of the park which can’t be seen anywhere irrespective of the size and the national park is surely being recognized. Within a short time, you will be able to see the giraffes, Impalas, Topis, the Zebras, bushbucks, African swallows, eland, the vervet monkeys, warthogs, baboons, Mongoose, the hippos, the crocodiles, as well as the elephants.  There are over 120 elephants in the park and the other mammals also include; the fefassa waterbuck, the oribi, reedbucks, the roan antelopes, sable, buffalos and many more. The most fantastic drive from the south to the north in a day will give you many animals to view to be able to keep giving you a great adventurous experience as well as the most magnificent views from the top of the mountain across lake Ihema towards Tanzania. A night game drive is quite different from the day – at night there is a good opportunity to see the nocturnal animals which include a few leopards, a Lion, with several cats, civets, lions, hyenas all look for their dinner night.

Bird watching in Akagera National Park are always impressed by what they find mostly the many bird species that range from water to forest and also savannah as well as the migratory bird species and many of these are endemic to the park and are so rare like the papyrus gonolex which is found in the papyrus swamps. There are also the localized red-faced barbets, and the swamp flycatcher, as well as the elusive shoebill stork all, found in Akagera National park. Short boat trips are available on Akagera’s lakes which will give you the opportunity to get close to the plentiful water birds including numerous African fish eagles, marabou stork, crowned cranes, open-billed stork, cormorants, herons, and egrets. If you are lucky you may even get to see the elusive shoebill stork.

The boat cruise takes place on Lake Ihema which is the biggest lake in the park, which offers boat safaris that will expose you to plenty of nature. Boat trip in Akagera National Park is the best way to see the various water birds during your safari in Rwanda. As a result, you will have an opportunity to closely observe these birds include; the rare shoebill storks, African fish eagles, crowned cranes, and marabou storks. On another hand, you will see many hippos and crocodiles. This boat cruise will give you a chance to have a good view of wild mammals which includes elephants, buffalos, and these will gather at the banks in order to drink water.

Akagera National Park has a partnership with the local communities, the freelance community guides have also organized for some interesting safaris as well as cultural adventures for park visitors to participate in. Music and dance play an indispensable role in everyday life here, and performances range from dashing demonstrations of bravery and prowess to humorous songs, light-hearted dances, and rural artistry with roots in traditional agriculture, the Heritage which is the culture of cattle, the local production that’s beers and the bees, arts, and crafts as well as the celebration which is food and festivities. Each of these safaris gives a glance into the life in communities around the park

Fishing as an activity is done on Lake Shakani the site of sports fishing in the park; spend relaxing day fishing off the lakeshore and then cook your catch over an open fire at the campsite. Where you can come with own gear or rent from the park where you can fish for the whole day from the shores of Lake Shakani as you experience in different methods of fishing Hooking, The Gill nesting, The Lam, The Spearing and shooting method, Cast net, The Scoop net, The Spearing and shooting method. While here, remember the hippos also stay in the water during the day as well as the banks of the shores are also gently sloped you can see any crocodile that is approaching before they consume you. This means that there is nothing to worry about as you are fishing.

There are three campsites that offer basic facilities for the overnight stays within the park, each campsite has its uniqueness and memorable camping adventure experience depending on which camp you have gone for. They are three in numbers which are Muyumbu, Shakani, and Mutamba Akagera Campsite.

Who to get there

Akagera national park is located in the North East region of Rwanda about 110 km from Kigali the capital of Rwanda, which is about a 2 ½ hour drive. The Park is beautiful with lush green scenery and lots of wildlife and birds to see.